We interview Rebecca Belochi, a young French researcher from Paris, who works with us at Our New Economy for a couple month already on a very promising alternative to basic income: participation income. Can this new proposal gather the same unanimous support that currently benefits basic income?

What is participation income? Is it something similar to basic income? 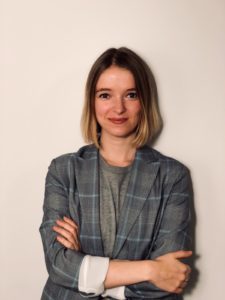 The basic underlying principle is the same, the idea that individuals are entitled to receive a monetary compensation from the State that enables them to live decently. However, the rationales driving this belief differ for basic income and participation income. In the case of basic income, monetary compensation is linked to individuals’ right to freedom, there is no guarantee what individuals will accomplish with the money they receive or if they will participate more actively in the community. This concern has been voiced by many: “If I work hard, pay my taxes and support a basic income system, why do others just get money for free?” Academics have defined this issue as the Malibu Surfer Problem. It depicts a situation where individuals receiving state benefits just decide to go live in a nice place and surf all day at the beach at the costs of the community.

Participation income is the solution to this issue, it is driven by the principle academics name “reciprocity” which recognizes the need for individuals that receive support from the State to do something in return.

Not exactly, participation in that sense is meant as a broad definition of a contribution to society which does not have to entail a monetary transaction. Hence, participation can be defined as care work for seniors or children of the community, many other forms of volunteering and charity work, as well as the pursuit of activities that are considered a vector of future beneficial contributions to society such as studying for instance. The nice think with participation income is that is it flexible and malleable: it would be possible to first include a small defined set of activities and progressively increase the range of recognized participative actions.

Why would we need such a system in the Netherlands? Don’t we already have a pretty extensive social safety net?

That’s true, but it remains very much organized around paid work. We need to structurally re-think the way we organize life in society. There are so many individuals’ whose contribution to the community come through the form of volunteering or other ways that are not monetized and thus also not recognized. We need to broaden our definition of what work actually means and its place in society. In that way, participation income is not only a solution to problems we have now, but also a way to plan ahead for the future. It can become a key component of how we organize a new economy.

Why is this so important according to you?

I believe we are currently at an important crosspoint regarding our social policies and support systems. I come out of France, where we the gilets jaune still protest every Saturday due to the precarious situation of many, even though they work. In other countries, we can see similar concerns rise: social policies and the role of the welfare state keeps on decreasing and people are worried. Additionally, with the increased used of automation, robotization, and artificial intelligence, these issues will only increase in the future. Right now, many see technological progress as a threat, which is a huge mistake.We need to make sure that the future holds promises for everyone and not only a highly-educated elite. This, I believe, implies we need to open our minds to new options such as “a post-work society”: a world where traditional labour market participation does not represent all of societal focus.

Where does the idea actually come from? What is the story behind it?

The idea initially originated from the economist Atkinson, the mentor of Piketty, who describes him as the “godfather of historical studies of income and wealth”. Atkinson laid out the original details of his idea in a first paper in 1995, it has been the center of occasional debates since then. But to be honest, overall, participation income did not benefit from a lot of momentum. It receives very little attention in the public debate in the context of the new economy and always stood in the shadow of basic income. Similarly, in the academic world, few papers are entirely dedicated to participation income and if they are they mostly focus on dismissing participation income’s feasibility. This is probably why I became so passionate about it, participation income is the underdog.

Nice idea, but how do you check whether or not someone did participate?

This is the difficult part. It is the part of the argumentation where most academics reject the idea that participation income could ever become a reality. Put simply there are different ways one could think of to solve this issue, each with its advantages and difficulties. A balance needs to be found between the level of control the state exerts to verify individuals’ participation and the induced intrusion in individuals’ private lives it causes. I dedicate a separate section to this issue in the paper and even lay out some exiting solutions through new technologies!

The solution that basic income brings, and that explains why it is more a more popular option, is that by allocating money universally there is no need for verifying individuals activity, I find that too extreme. In theory, whilst I don’t believe that would happen, all citizens could just decide to stop working and do nothing all day. Therefore, we need to find a middle ground between the too loose basic income option of “no verification at all” and the one of most unemployment agencies “sit straight on your chair and don’t stop looking at the screen until a job offer pops up in your inbox”. It remains a difficult balancing exercise. That is partly what I focus on in the paper: try to lay out all the options and pin point their consequences on different factors important for policy making.

What will your research process look like in the coming months?

Until now, I’ve completed a lot of research through academic literature and countries’ statistics and facts regarding social policies. In the coming months, I would like to engage in many conversations and debates with people involved in social work, research, policy making, or anyone that would have a good contribution to offer really. Participation Income is a new concept for policy making and I hope I can initiate a broad research initiative and interest.

One the paper is published, I hope I can lead to experiments similar to those organizes around basic income in Finland for instance. In my view, it will take place as a step-by-step process. First, small more restrained experiments can be put in place to evaluate participation’s income effect on mentality or the necessary structures that need to be put in place. Thereafter, experiments can extent their reach and focus on particular population groups such as unemployed individuals for example. Essentially, the goal remains to examine how participation income enables a higher degree of flexibility for individuals to positively contribute to society.

Is there anything that the readers of this interview can do to help you with your project?

Of course! For instance, if any of the readers works in the area of social work, academic research, or feels he or she has a good understanding of one of the areas I mentioned, they should feel free to contact me. I have a very passionate and, I admit, sometimes utopic, vision of what forms participation income can take and it is time I confront my views to practical reality, so that I write the best-possible and realistic policy proposal. Do not hesitate to share your thoughts with me, whether supportive or challenging, or how you envision when thinking of a participation income system!

Thus, if you want to participate in the brainstorming process or have a proposal of someone I should talk to, send me message at rebecca.belochi@ourneweconomy.nl or via twitter @RBelochi.[:en]We interview Rebecca Belochi, a young French researcher from Paris, who works with us at Our New Economy for a couple month already on a very promising alternative to basic income: participation income. Can this new proposal gather the same unanimous support that currently benefits basic income?